It was meant to be a harmless stag night prank. A few hours later four of his best friends are dead and Michael Harrison has disappeared. With only three days to the wedding, Detective Superintendent Grace – a man haunted by the shadow of his own missing wife – is contacted by Michael’s beautiful, distraught fiancee, Ashley Harper.

Grace discovers that the one man who ought to know Michael Harrison’s whereabouts is saying nothing. But then he has a lot to gain – more than anyone realizes. For one man’s disaster is another man’s fortune . . . Dead simple . . . 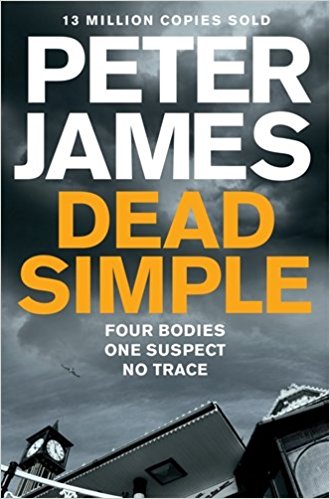 A favourite book here at the P Turners!

I loved this book. I have read it before but I enjoyed it so much I wanted to give it another go to remind myself of what happens before I get stuck into the rest of the series.

So much happens! It is a maze constantly changing direction with twists and turns that tip everything you know completely on it’s head. It literally leaves you mouth open at one point. It had me sat on the edge of my seat the whole time and I did not want to stop reading.

We are introduced to Detective Roy Grace in this book who is the main character in the series. We are shown glimpses of his personal life and I am sure there will be lots more to discover throughout the books.

There are also a few more names mentioned that I feel will become more regular as the series goes on.

Definitely glad I decided to re read and excited to discover the rest of the series.

You can buy DEAD SIMPLE (Roy Grace #1) from the following booksellers (and obviously many more!)