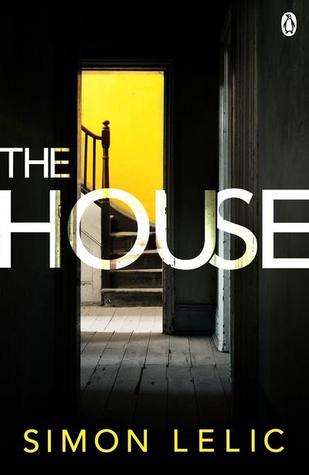 What if your perfect home turned out to be the scene of the perfect crime?

Londoners Jack and Syd moved into the house a year ago. It seemed like their dream home: tons of space, the perfect location, and a friendly owner who wanted a young couple to have it.

So when they made a grisly discovery in the attic, Jack and Syd chose to ignore it. That was a mistake.

Because someone has just been murdered. Right outside their back door.

And now the police are watching them…

My Adam gifted THE HOUSE to me for Christmas after hearing an interview with the author on BBC Radio 2 as part of their book club back in December. Now, my Adam doesn’t really pay much attention when I start whittling on about books. He’s not a reader. He paints, crafts and builds. He does listen enough when I tell him about the Stephen King or Jo Nesbo I’ve just read!

After months of nagging at me, I finally picked this book up and got stuck in. Finishing the first chapter (written from the perspective of Jack), I’m thinking “Ok. I see where this book is going.”. BIG mistake as when I turned to the second chapter (which is the start of Sydney’s perspective) and was blown away. This is already like no book I have never read before. The way this book is written is very clever and had me glued to each page.

I was mistaken thinking that this book would have a paranormal element to it. Similar to COLD HOUSE ON THE HILL by Peter James. However, THE HOUSE plays more in the suspense zone. I was kept on the edge of my seat. I tried to be cocky, thinking that I had it all figured out. But as always, I was wrong.

Jack and Sydney, to me are unreliable narrators. I felt like I wasn’t being told the full story…led down the garden path so to speak. This made THE HOUSE all the more interesting to me. My interest and attention remained throughout and I could not get enough!

All in, a very intelligent novel. One that will keep you guessing until the very end!
You can buy THE HOUSE from the following booksellers (and obviously many more!)