Welcome to my stop on this Blog Tour for the release of OVERKILL (Sam Shephard #1) by Vanda Symon.

I would like to say that it is truly my pleasure to be invited onto this blog tour! Particular thanks to Anne Cater, Orenda Books and of course Vanda Symon who gifted me an early copy ofOVERKILL (Sam Shephard #1). I am forever grateful and promise that the review below is 100% honest and of my own views. 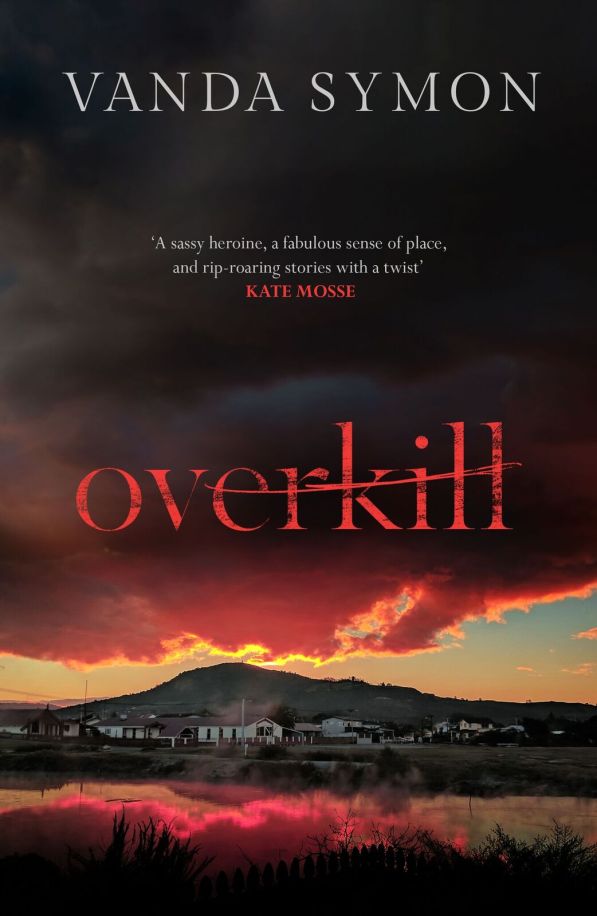 When the body of a young mother is found washed up on the banks of the Mataura River, a small rural community is rocked by her tragic suicide. But all is not what it seems.

Sam Shephard, sole-charge police constable in Mataura, soon discovers the death was no suicide and has to face the realisation that there is a killer in town. To complicate the situation, the murdered woman was the wife of her former lover. When Sam finds herself on the list of suspects and suspended from duty, she must cast said her personal feelings and take matters into her own hands. To find the murderer … and clear her name.

A taut, atmospheric and page-turning thriller, Overkill marks the start of an unputdownable and unforgettable series from one of New Zealand’s finest crime writers.

So, want to know what I thought?;

Orenda have done it again! If there’s one thing Orenda can pride themselves on (there’s bloody loads of things they can be proud of..but I am choosing just one for now!), it’s being able to gift the world with some of the finest writing from across the globe. Once again,

What first caught my attention is that this a crime novel set in rural New Zealand. This isn’t a fast paced inner city serial killer where everything from the investigation to car chases runs at 400mph. Everything that takes place in Mataura seems to happen at a more relaxed pace. I felt that I was able to fully digest the case in the same way Sam does.

Vanda’s writing style transported me directly to the dark and gritty surroundings of this rural town in the base of New Zealand’s South Island. There is a trick to writing about such vast open spaces, but being able to make it seem uncomfortable and claustrophobic. Add in the diverse character of Sam and this books makes for an incredible read. Sam is strong, confident, wounded and most importantly relatable! She gets drunk, eats crap food and at times, has a hell of a attitude with her colleagues. It’s refreshing to read female police offers written in this way!

OVERKILL is a clever little book, in the sense that as I was reading, I was certain I knew what had happened to the young mother and who was responsible. I couldn’t be more wrong and further away from the story I had already played in my head! THIS is what makes OVERKILL an absolutely joy to read. You are kept guessing and wondering to the very end.

Knowing there are another three books in the Sam Shephard series – I am keen to read what happens to Sam next. OVERKILL left me with some unanswered questions which I hope are answered as the series progresses. 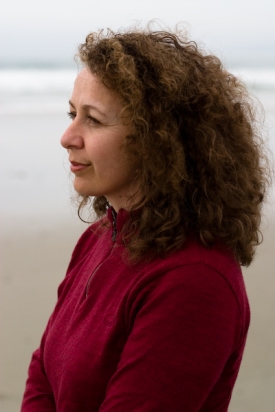 Vanda’s first novel Overkill, was written while juggling the demands of a 6 month old baby and a two year old. She suspects the prologue to Overkill was written in a state of sleep deprivation induced paranoia brought about by middle of the night feeds and imagining every awful thing that could possibly happen to her family. None of them ever did. Reading that prologue still makes her cry.

A little time has elapsed and the six-month old and two-year old are now teenagers. As well as trying to raise two wonderful human beings, she has added three more Detective Sam Shephard novels to the series and written the stand alone psychological thriller The Faceless.

As well as being a crime writer, she hosts a monthly radio show on Dunedin’s Otago Access Radio called Write On, where she interviews local writers, and catches the odd international super-star if they’re in town.

And just to prove that she is a tiger for punishment, she has recently completed a PhD at the University of Otago looking at the communication of science through crime fiction – the perfect subject for a science loving crime writer. She has an undergraduate degree in Pharmacy and enjoyed a career as a community pharmacist and palliative care pharmacist before concentrating on her writing career.

When she isn’t writing, Vanda can be found digging around in her garden in Dunedin, or on the business end of a fencing foil. She has fenced since high school and still competes in national and international competitions. As well as competing she coaches, and because she likes to get involved, boots and all, is the president of Fencing South and on the board of Fencing New Zealand.

Vanda is a founding member of the Dunedin Crime Writers Association, whose raison d’etre is for its members to drink beer or wine and talk crime writing at their favourite pub.

You can buy OVERKILL (Sam Shephard #1) from the following booksellers; 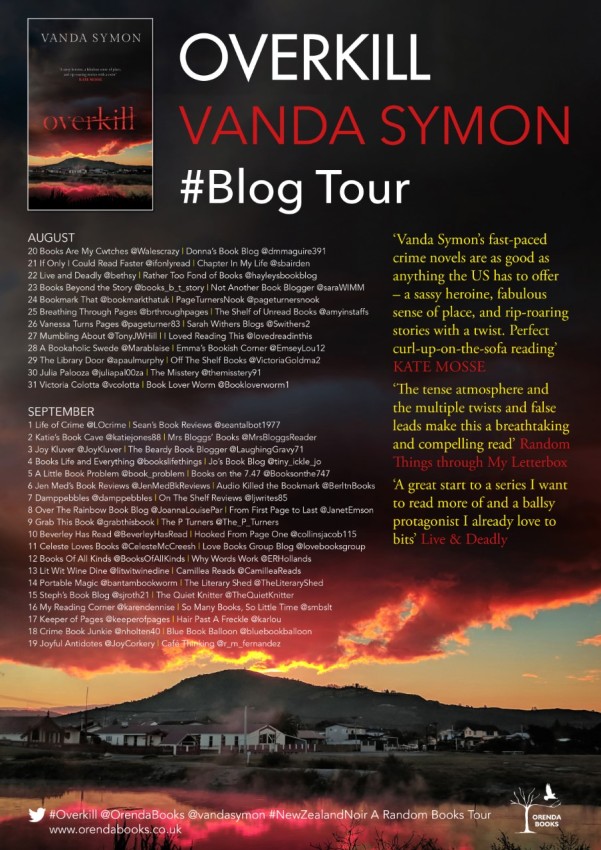