Never has a quote been so relevant to EVERY book worm around the globe (and further!). SO many books, but so little time! The same can also be said for book bloggers. We read that many books so we can share them with our audience, but we find ourselves short of time to write all our thoughts down in a comprehensive review.

This brings us nicely to ‘Mini Review Monday’. A place where, to compliment our current content, we can share with you some of our initial thoughts on books we have been reading over the last week 🙂 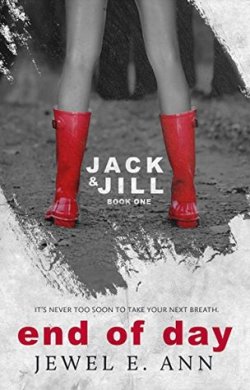 Earth to earth, ashes to ashes, dust to dust; in the sure and certain hope of the Resurrection to eternal life.

Jessica and Jude Day witness their funeral and that of their parents a few yards away from mourning family and friends. Stripped of the only life they’ve ever known, the Days say goodbye to San Francisco forever.

Six months later, two thirty-year-old misfits with elite self-defense skills and penchants for alcohol, sex, and trouble arrive like an earthquake to Peaceful Woods, a retirement community in Omaha, Nebraska, that thrives on rules and gossip. Welcome home, Jackson and Jillian Knight.

Jackson celebrates his new beginning by embracing his job and wiping his cavalier past clean with a temporary oath of celibacy. But Jillian’s past is branded into her soul—the deaths, the insanity, Dr. Luke Jones, and the need to make her lovers bleed. Her chance for redemption comes in the form of a next door neighbor, one Senior Master Sergeant Monaghan. He’s sexy, dangerously alluring, and riddled with emotional issues from years of service. He’s also … So. Damn. Grumpy.

Their mission is simple: Let go, start over, don’t kill anyone, and pray that nobody wakes the dead.

I LOVED this story. I thought I knew roughly what to expect and I was blown away.

It feels as though this story starts in the middle, but as the story goes on you learn what has happened to the characters and how they are coping with their current situation. I found I really felt for Jill as the story went on as she struggles to adjust to her new life and involve herself in their neighbours lives, whether they like it or not.

I felt the range of emotions as the story went on, from finding I was tearing up to actually laughing out loud (and getting funny looks for it!)

I cannot wait to pick up the next in this series as I NEED to know what happens next!

Anita Blake is small, dark, and dangerous. Her turf is the city of St. Louis.

Her job: re-animating the dead and killing the undead who take things too far.

But when the city’s most powerful vampire asks her to solve a series of vicious slayings, Anita must confront her greatest fear—her undeniable attraction to master vampire Jean-Claude, one of the creatures she is sworn to destroy…

I was recommended to read this book and I do not understand why it took me so long to pick it up!

I never expected the wealth of characters this early on in the first book of the series and found I was thrust into the middle of Anita Blake’s world, where the existence of vampires and other supernatural creatures are known and living in the human population. We are introduced into Anita’s next mystery to be solved, someone is viciously murdering vampires, with seemingly no rhyme or reason.

If you are looking for the soft and cuddly vampires this book is not for you. These are the vampires of nightmares, they manipulate and terrify you into doing their bidding.

At the height of my career, I had the life I wanted, the life I’d always envisioned. I’d found my tempo, my rhythm. Then I received a phone call that left me off key.

You see, my favorite songs had a way of playing simultaneously. I was in love with one man’s beats and another’s lyrics. But when it came to the soundtrack of a life, how could anyone choose a favorite song? So, to erase any doubt, I ditched my first-class ticket and decided to take a drive, fixed on the rearview.

And the long road home to the man who was waiting for me.

I found this a very good read, I loved the way the author provided a playlist for the entirety of her book, as her main character Stella is that involved in music it provides the basis for her life.

This book kept me reading and guessing all the way through right to the very end. I felt the ups and downs with the character, and more often than not I found myself humming the current chapter track whilst I was reading.

This book reminded me to keep following my dreams and never give up no matter how much life throws at you.

Have you read any of the books above? Let us know your thoughts! 🙂