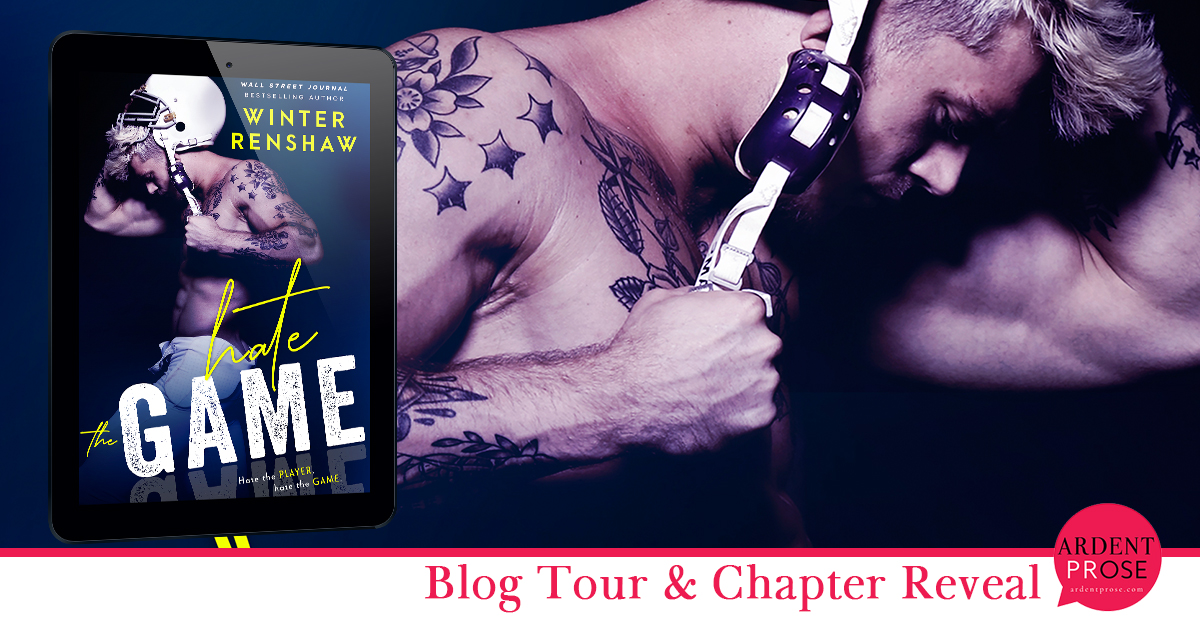 Talon Gold is a lot of things: good at football, bad at love. Obsessed with scoring, refuses to play by the rules. Cruel. Relentless. Brilliant. Intoxicatingly attractive.


Despite his demanding reputation and propensity for being the most arrogant a-hole ever to strut Pacific Valley University’s picturesque campus, everyone wants a piece of him: coaches, scouts, and pretty little campus fangirls with pouty lips and perfect top knots.


But Talon … he only wants a piece of me.


And four straight years of infuriating rejection means I’m almost positive he’d take a night with me over a national championship trophy.


But I’m no fool—he only wants me because he can’t have me. And with graduation approaching, time is running out. He’s more desperate than ever, pulling out all the stops and doing everything in his power to get in my good graces.


They say, “Don’t hate the player, hate the game.”


I have my reasons …


Sorry, BMOC. This victory? Not going to happen.

He’s pretending like he might not know my name. He’s pretending like he hasn’t been trying to hook up with me since the fall semester of our freshmen year when I got roped into attending a party at some beer-scented three-story on frat house row and he cornered me the way a mountain lion corners prey, carefully stalking me first from all angles then making smooth and deliberate moves until he positions himself to go in for the kill.

Fortunately for me, his hunting skills were still in need of some fine-tuning back then.

And I’ve gotten away every time since.

The auditorium hums with small talk. My body hums with electric amusement. Over the years, this has become a sort of game between us. Cat and mouse. Offense and defense. He’s tried every strategy in the book, but I’ve managed to stick to the one that always works—cold, coy, aloof, and uninterested.

“All right, dudes and dudettes,” the professor rests his hands on his hips, rocking back and forth on his heels as he scans the room. “I’m Dr. Longmire, but you can call me Rich if you want.”

The girl to my left giggles to her friend. “He’s not a regular professor, he’s a cool professor.”

“Welcome to Anthro 101.” Dr. Longmire—Rich—twists the shark tooth necklace that hangs on a leather cord down his tanned chest as he paces the room. “We meet Mondays and Wednesdays from eight to nine with recitation on Fridays. You should have received your syllabus in your email over the weekend. If you need a paper copy, I’ve got a few on the desk up here. That said, I’ve been asked to remind you all that PVU is striving to become a paperless university. Please only print things when absolutely necessary.”

One student gathers his things in a hurry and dashes out the side door. He’s probably in the wrong classroom. It happens and it’s no big deal, but it doesn’t stop a group of meatheads in the corner from finding it hilarious and yelling out, “Loser!” just before the door swings shut.

Professor Longmire cracks a joke about how he doesn’t usually scare people off until after he goes through his entire spiel.

“You have a good winter break?” Talon asks me, leaning close and keeping his voice low. He’s trying to feign intimacy, trying to act like we’re more than the acquaintances we’ve only ever been. Smooth. But I see through it.

“The best,” I lie, sparing him the details before pointing at the front of the room. “If you don’t mind …”

His heavy stare weighs on me, and a blanket of heat covers my skin in the seconds before the steady trot of my heart turns into an all-out gallop.

This happens every time—the ongoing war between my mind and body every time he comes around.

I’d be lying if I said his attention didn’t flatter the hell out of me. I mean, come on. I’m only human—a mere mortal myself. I just happen to have a hell of a lot more self-control than the average SoCal blondie strutting PVU’s seaside campus. I appreciate the attention, but by no means am I naïve enough to think there’s anything special about it.

Talon wants to screw me.

And he only wants to screw me because he can’t.

Nothing more, nothing less.

“Hey. You have a spare pen?” Talon asks with zero shame, his cinnamon-scented whisper tickling my eardrum.

Dipping down into my bag, I retrieve a hot pink gel pen and hand it over without so much as making eye contact.

From my periphery, I watch as he examines it for a second before his full lips mouth a quick thank you. The garish color doesn’t seem to faze him, doesn’t so much as threaten his jock itch masculinity.

He flips to a clean page in his notebook and concentrates on the screen ahead.

“Now, I’ve been teaching here for over thirty years,” Professor Longmire prattles on as he paces the front of the room. “I’ve been around long enough to know that these eight AM Monday classes are a pain in the you-know-what. I know not everyone is going to go to every single class. I know that there’ll be times you’re hung over or you over-sleep or what have you. Don’t email me. Don’t send me your sob story or made up excuses. I don’t want to hear it. Now some of the younger professors, they post lecture notes on the class website. But I don’t have time for that. So here’s what you’re going to do. Everyone’s going to have an accountability buddy.”

“I want you to each to turn to someone next to you,” he says. “That person is going to be your go-to when you need a copy of lecture notes. That person is also going to be your study partner. Their success is your success and vice-versa. Just because this is Anthro 101 doesn’t mean it’s an easy class. In fact, a quarter of you will drop out before the end of the semester, and the majority of you probably won’t walk out of here with A’s.”

Two people—a guy and a girl from opposite ends of the room—gather their bags and show themselves out, heads tucked.

“Aaaand there we go. That’s when I usually scare them away.” Longmire laughs at his own joke before scanning the audience. “Anyway, I’ll give you all a moment to find your partner. Don’t make a big deal of it, don’t overthink it. Just pick someone—anyone—close by.”

I gather a sea-salted lungful of air and take in my surroundings. The two girls beside me are clasping their hands together like a couple of junior high besties. The guys in the row ahead are already exchanging phone numbers, as are the guy and girl to their right. Within seconds, I surmise that everyone else around me seems to be spoken for—everyone, that is, except Talon.

Straightening my shoulders, I angle my body toward Talon and maintain a neutral expression.

The moment our eyes catch, he bites his lower lip and flashes a cockeyed smirk. “Guess it’s us.”

My stomach somersaults, but I play it cool. “Lucky me.”

“Yeah.” He laughs through his nose, his perfect white teeth flashing as he grins. “Lucky you.”

Wall Street Journal and #1 Amazon bestselling author Winter Renshaw is a bona fide daydream believer. She lives somewhere in the middle of the USA and can rarely be seen without her trusty Mead notebook and ultra portable laptop. When she’s not writing, she’s living the American dream with her husband, three kids, and the laziest puggle this side of the Mississippi.