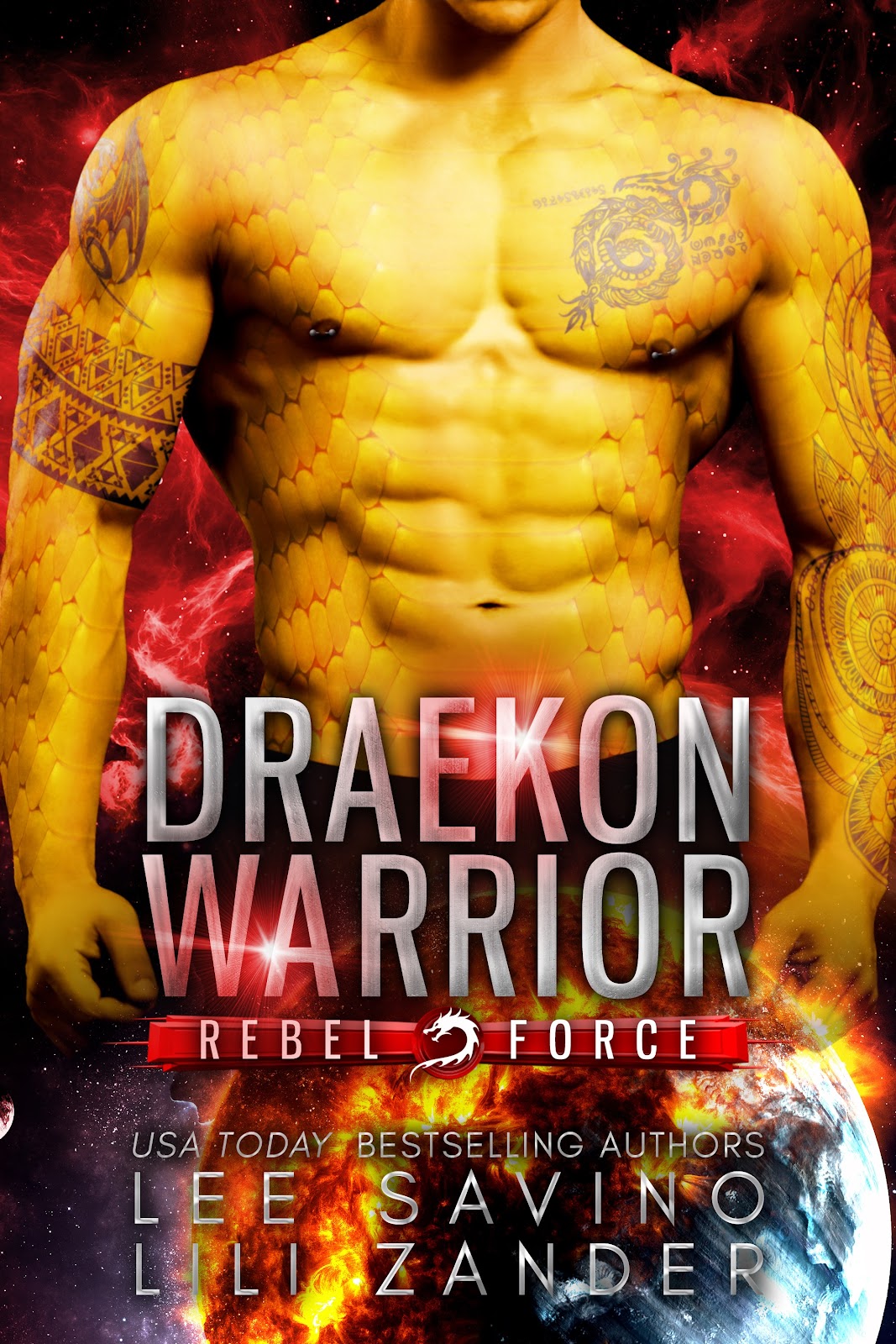 Captured in space. Imprisoned. Sold to the highest bidder.

But my biggest problem is this bossy, aggravating, impossible, alien who’s supposed to rescue me.

The bossy alien I kissed.

Kadir is dangerous. I’ve seen him fight, and his body is littered with scars. He’s a soldier. A warrior. And when he loses control, he turns into a big scary dragon and breathes fire.

Everyone’s terrified of him. I’m not. No, call me the biggest fool in the galaxy, because I’m attracted to the big jerk.

When I first met the small human I was sent to rescue, she punched me in the jaw.

And broke her wrist in the process. Irrational woman.

Then she insists that the two of us set out immediately to find her missing friend.

No, what I have to do is get Alice Hernandez to safety.

Fragile, yet so brave.

Everything I can’t let myself have.

When the scientists tortured me, they broke me. And when Alice finds out the truth about the fearsome, raging dragon inside me, I will lose her.

A figure looms in front of me. “Hoo-man,” it says.


For a second, all I feel is panic. Then my fear crystallizes into rage. I don’t know if this alien wants to eat me or rape me, but it’s going to learn that I’m not going down without a fight.


The hulking shape bends toward me, its massive body filling my vision. It lifts its knife, and with one sharp stroke, cuts the ropes around my wrists.


Buddy, that was a mistake.


I clench my hand into a fist, and I swing as hard as I can.


My punch connects with a strong, masculine jaw. Pain shocks through my wrist, and I yelp. I might as well have hit a brick wall. I’m pretty sure I’ve broken something. You’d think I’d be used to it—daily beatings and all—but it hurts like the devil.


The alien makes an oomph of surprise and takes a half-step back. “Alice Hernandez?” he says, sounding puzzled, not hurt. “I am here to rescue you.”

LEE SAVINO is a USA today bestselling author of smexy romance. Smexy, as in “smart and sexy.”

She’s also a mom and a choco-holic. Visit www.leesavino.com to download a free book!

Lili Zander is the sci-fi romance loving alter-ego of Tara Crescent. She lives in Toronto. She enjoys reading sci-fi and fantasy, and thinks a great romance makes every book better.