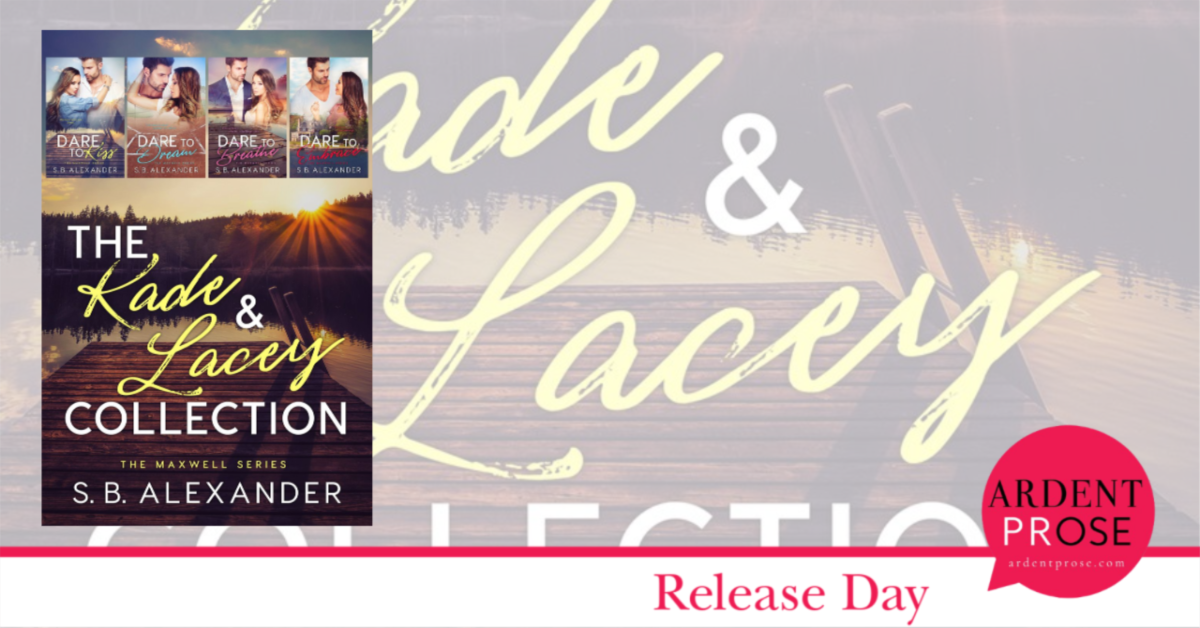 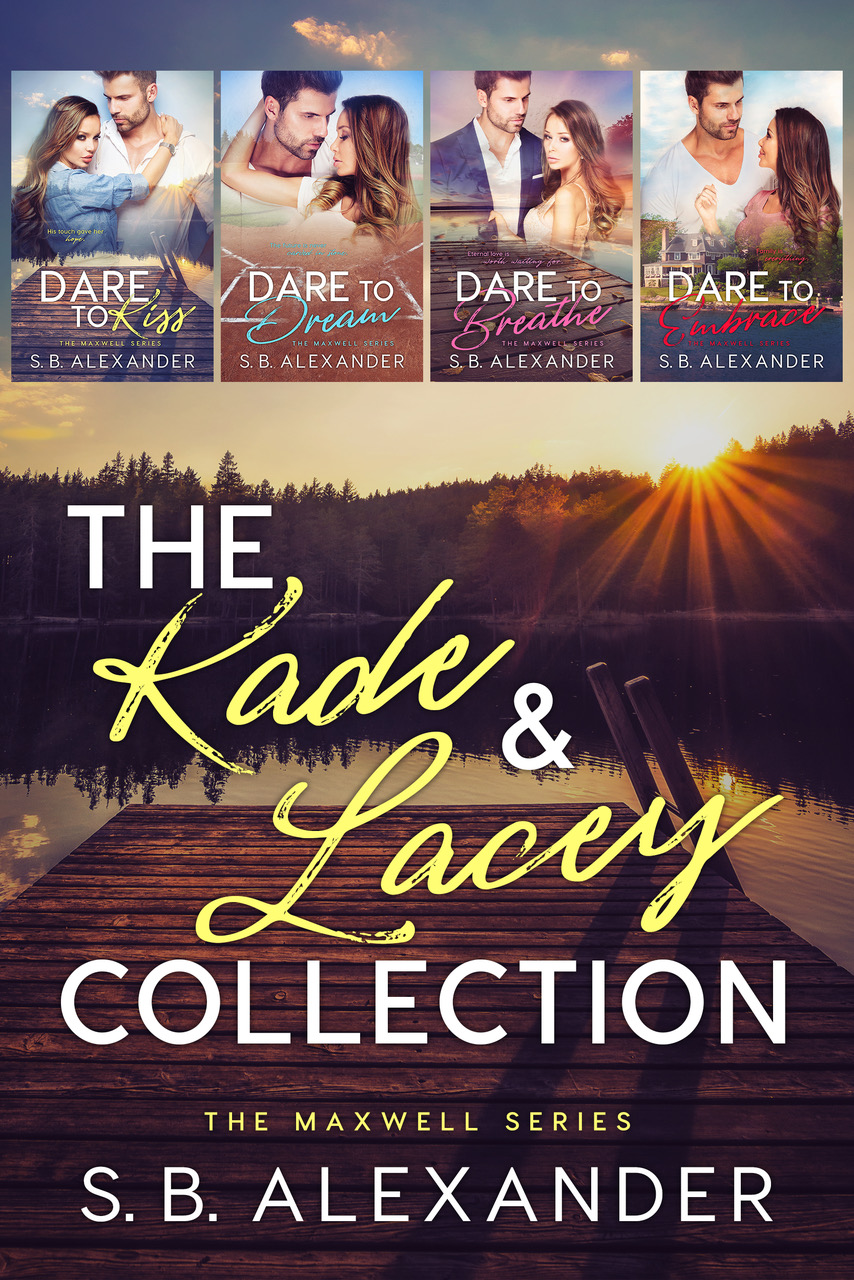 Fall in love with Kade & Lacey all over again in this jammed packed box set that includes a never before published Valentine’s bonus scene and over 800 pages in the bestselling Maxwell Series about coming of age, bullying, dating, family, falling in love, marriage, drama, and an eternal love worth waiting for.

Starting over is always easier said than done.

Now she’s trying to sew back the pieces, but it’s hard when she’s haunted by nightmares and faced with a bully who does everything to shatter her future.

Then she met him.

Kade Maxwell makes her mouth water and her belly tingle. Through his own pain, he shows her that she’s stronger than she thinks. But she’s not so sure when his enemy is determined to use her to get to him.

With too many obstacles, too many triggers, and too many demons in her way, she’s on the verge of losing everything good she has left, including the one boy who just might be the key to mending her broken heart.

Love is in the air.

Kade is full of surprises, but so are the triplets, Kelton, Kross, and Kody. Catch up on the Maxwell family in this short scene packed with funny moments and sweet romance.

Included in this box set is Dare to Kiss, Dare to Dream, Dare to Breathe, and Dare to Embrace along with a special bonus scene. The collection contains strong language and mature content and is intended for audiences seventeen years and older.

Standalone Books in the Maxwell Series:

“What are you doing out here all by yourself?” The guy stopped at the back edge of the car and turned his head left then right in quick succession.


The parking lot lights hit his face at just the right angle to illuminate his copper eyes with lashes so long that I shivered. Butterfly kisses. I imagined the light touch of those lashes skimming over my face or anywhere on my body. I didn’t want to take my eyes off of him, but just that thought made my gaze wander slowly down his entire muscular body. His blue—or was it black?—T-shirt stretched tight over his broad chest, emphasizing the word Zeal. I didn’t know if it was just a word he liked, or if it was the band my father had signed. I continued my obvious assessment, holding the gun as steady as my trembling hand would allow while my eyes landed on his faded, worn jeans that hung low on his hips, tattered at the knees.


“None of your business. What do you want?” I asked.

He took one step closer, and I whipped my hand around, aiming the gun at him.


He backed away, raising his hands to shoulder height, and as he did, his T-shirt lifted, exposing a small area just above his belt that made me suck in air.


“I’m not going to hurt you. I was just looking for my brother. He said he would be down here practicing.” His voice was calm, and his relaxed shoulders told me he wasn’t frightened at all.


I slanted my head to one side and a bead of sweat slid down my temple.


“Prove it.” My voice was calm and steady, which shocked me. I wasn’t convinced this dude was a high school student. He looked older.


He laughed, a deep, throaty sound that caressed my skin as though his tongue were licking every inch of my body. “And how do you suggest I do that?” He still had his hands in the air, revealing his taut skin above the waist of his jeans, causing tingles to spark inside me.


The bright lights of the ball field suddenly went off, the area around us darkening. He used those seconds to make his move. 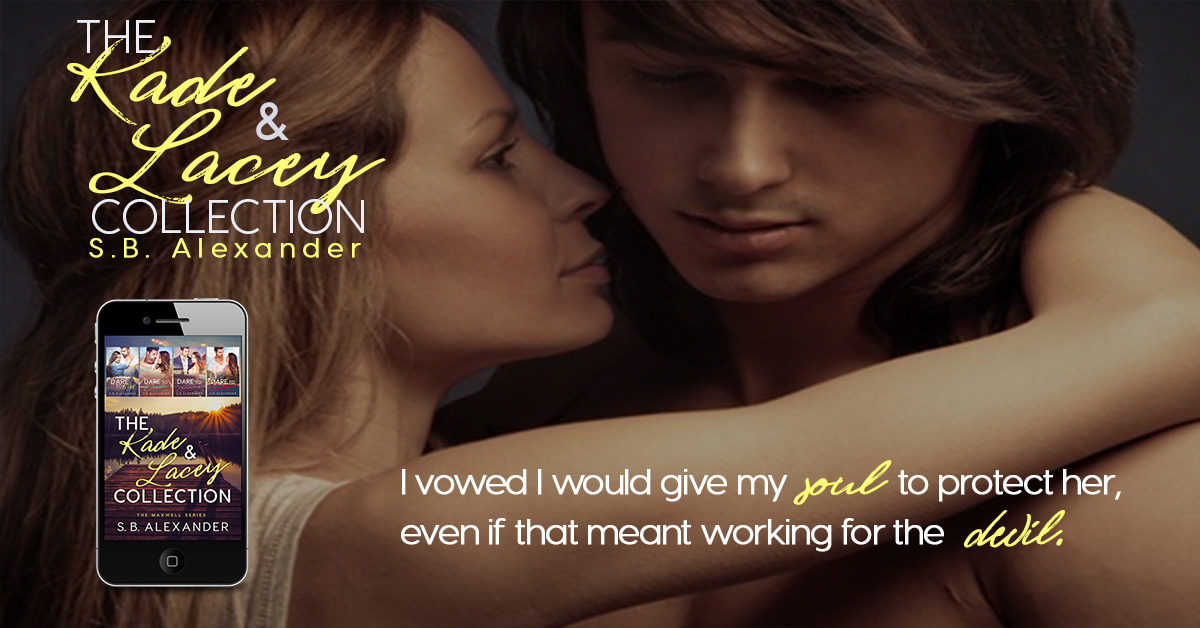 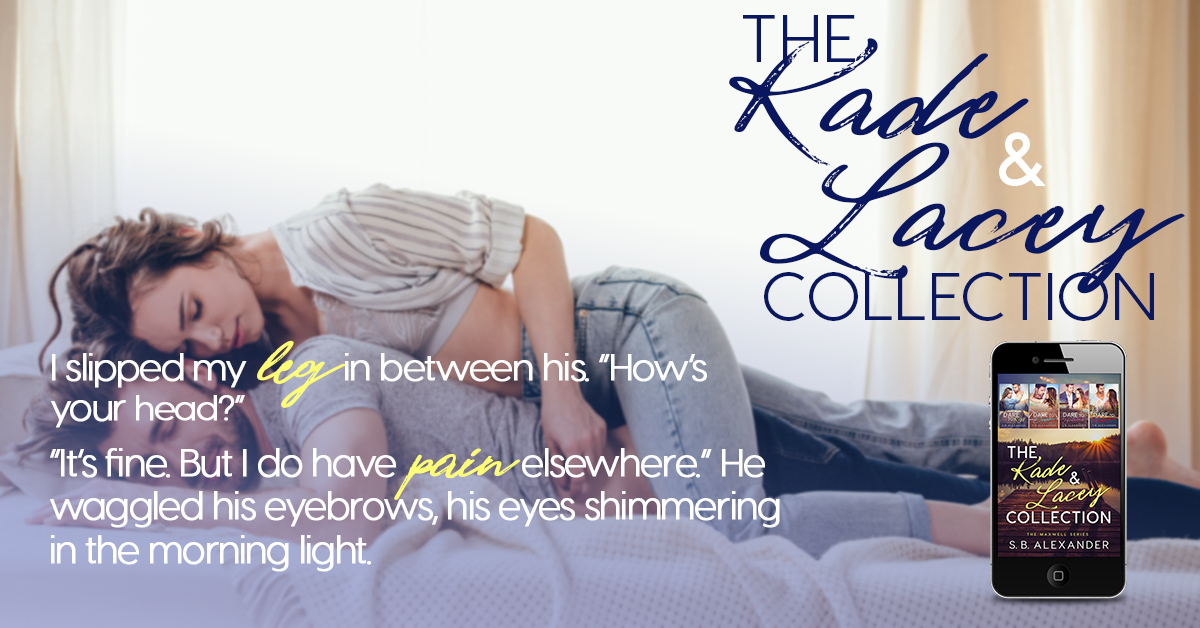 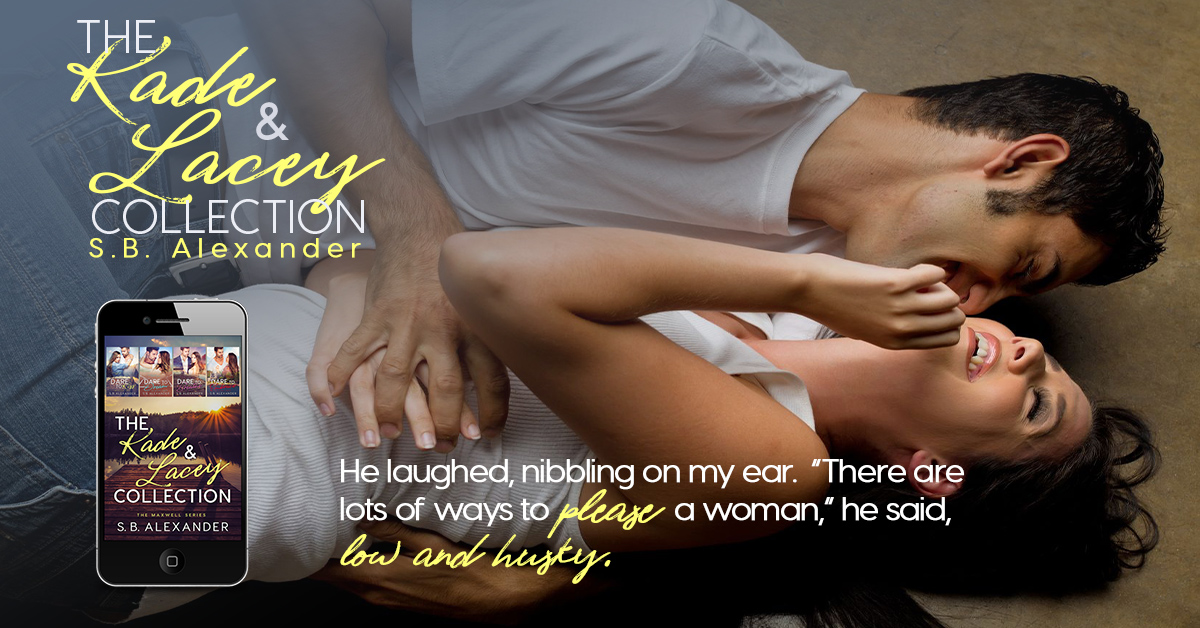 I’m Susan Alexander, and you’ll find my books under S.B. Alexander. A little about me. I’ve been writing since 2012 and started with writing all about vampires. After the second vampire book, I began to branch out in New Adult Romance. I love to read mostly all genres, and I’m always game to try something new. So I tested my hand at writing romantic suspense and just loved it. So you’ll find I write in several different sub-genres of romance.

In between writing, I spend time with my soul mate of 20 years who got a bad deal in life. Three years ago he was diagnosed with ALS. It’s a horrible disease, but we both have been making the best of life, laughing, smiling, and doing what we can together.

But writing is a great outlet for me to take my mind to another place. Plus, I have a great network of family, friends, fans, and so much more. I truly have an angel on my shoulder. My mantra is make the best of life because it’s too darn short.