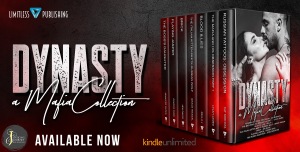 They’re ruthless and vicious, but more so, they’re loyal. Get ready to binge-read this collection of mafia romantic suspense novels!
BRICK by Jen Davis
I’m used to getting my hands dirty. During the day it’s mud and grime on the construction site. At night…it’s the blood I spill. A drug lord’s enforcer does what needs to be done. It’s my obedience, my loyalty to the boss that keeps my family alive.
BLOOD & LIES by Bella J
While I watch them lower my twin brother into the ground I can feel my need for revenge consume me. Tatum Linscott is the cause of my family’s grief. This war started with her…and it will end with her blood on my hands.
RUSSIAN TATTOOS: OBSESSION by Kat Shehata
Falling in love isn’t a crime—but falling in love with a Russian mafia boss could be deadly. When Carter realizes she’s in too deep, she must fight for her freedom. But the Russian mafia plays for keeps, and Vladimir’s fierce lust to possess her spirals their romance out of control.
PLAYING JASPER by Ginger Ring
I love to play the game. Then I met my match, Jackie Smith, and everything changed. It’s a disaster waiting to happen. It doesn’t matter that she could shatter my life and all I’ve worked for…I want her.
THE BOSS’S DAUGHTER by Jennifer Bates
I am marked by the Black Rose, the symbol of my father’s cruelty and arrogance. The same mark all those girls carry—the ones who keep turning up dead. But he will never break me. The blood of the Family runs in my veins, and I will not go down without a fight.
THE ITALIAN KITTEN MEETS THE RUSSIAN by Grace Reagal
In the world of the filthy rich, two of the most infamous crime families rule with iron fists. These are the men who have no moral compass. Meet the Russian Mob, and the Italian Cosa Nostra. His family…and mine.
THE MAFIA AND HIS OBSESSION Part 1 by Lylah James
My life only has one purpose, and it’s to protect them—my family. Whether I fight, maim, or kill the enemy, it makes no difference to me. If have to take a bullet for my family, I would embrace death with a goddamn smile on my face. 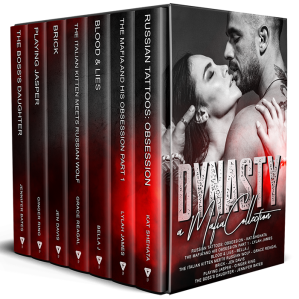